Visit of Wuppertal
The day already started great at breakfast with my uncle Steffen (actually he is my first cousin once removed) and his wife Ricarda, when we realized that the weather was going to be extraordinary for the day. First item on our list was the ride with the “Wuppertaler Schwebebahn” (suspension railway), at which inauguration my great grandmother Victoria gave flowers to the empress as a little girl. The fast ride took us from Oberbarmen to the final stop Vohwinkel and back again – and my immediate thought was “rollercoaster in every-day life”. During the ride over 13,3 kilometers you can view Wuppertal from the top and get a good impression of the city – especially at such great weather as today.

Afterwards we visited the church where my great-great-grandfather was baptised (Gemarkerkirche) and the Toelle Tower, where we had a stunning view over the city.

Too many chances and alot of luck

Timo Spicker from the broadcasting station WDR arrived in time for coffee and tea, as he wanted to come along our search of traces from Otto Dahl. After getting to know each other over cake and a variety of interviews and filming, we went to the destination of the day: the area of the leather manufacture company of the Dahl family in Barmen.
After a short ride we arrived at the company grounds “in den Höfen“, and my uncle showed me the house where Otto Dahl lived “in den Höfen 82”, a yellow and friendly-looking house which pretty much looks the same today! 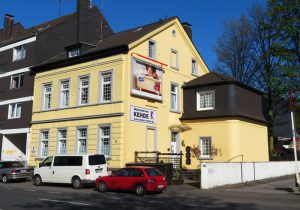 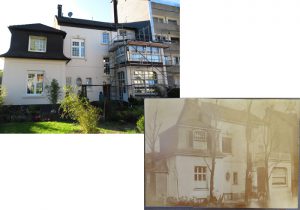 Behind this, some of the old factury buildings were still standing, which are remodeled into apartments today. 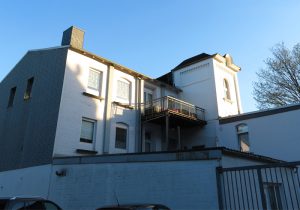 Then my uncle wanted to show me the sign next to the main entrance which mentions Otto Dahl and his son Alexander as the former owners of the house. 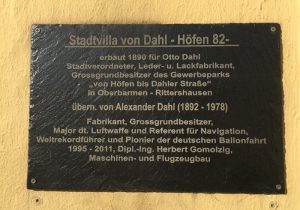 Just in this moment, several people left the house and we asked if we could film the sign. After introducing ourselves to the current owners of the house, their eyes began to sparkle and they said: “Otto Dahl? Of course we know about him”. We were invited into the house and went upstairs. Half-way up we found a wall covered with old documents from Otto Dahl, including an architect’s drawing of the house we were standing in. At this point, I was already overwhelmed. Not only were we in the former house of Otto Dahl, but there were historical documents on the wall. I could barely believe it. But there was even more. 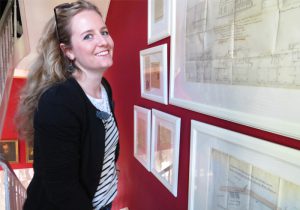 After a visit of the garden and a quick look into the basement, we went back upstairs to the kitchen. A moment later, the owners came in with arms full of old folders and books, from architectual drawings and accounting books to letters and certificates. All these documents had been saved over so many years. None of our family members knew about these documents, we had raised a real treasure. Immediately, Steffen and me were “in our worlds”, forgot everything around us and started to dive into the documents. The only thing that came to my mind at this point was “abgefahren” (something like “crazy”). The current owners are interested in the history of the house and had put the sign at the main entrance by themselves. I think, they were surprised when the descendants of Otto Dahl came into the house and brought parts of the history to life. Steffen told them alot about our family history, we showed the family tree of Otto Dahl and wallowed in reading the documents. 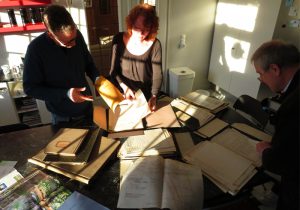 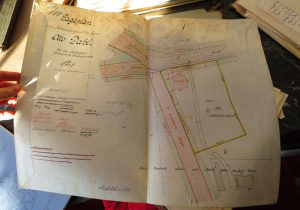 I am sure that we will stay in contact and exchange alot of family history after this spontaneous first contact. At the end of my second day of the journey I am absolutely exhausted and overwhelmed by the events.

5 thoughts on “Visit of Wuppertal-Barmen”